Superb driving by Stewart to pass his practical driving test at Paisley driving test centre first time with only three minors.
Great guy and delighted to see the look on his face when he passed.
Straight back to work afterwards and a given a works van to drive right away, brilliant. 👍
See you on the road mate and well done. 🚗🚗🚗 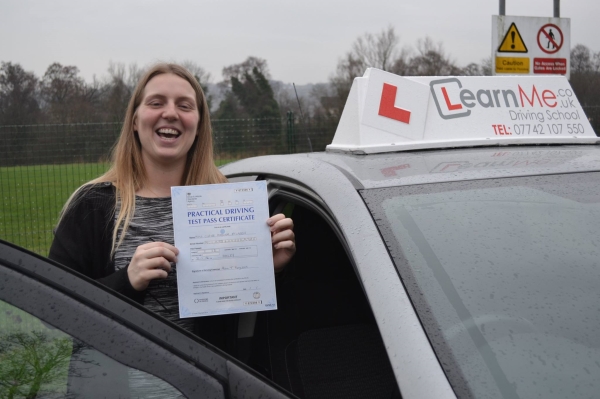 Congratulations on completing the practical driving test, no need for public transport when you get your car now.

In short if you would like to take your driving lessons in Paisley with a local driving instructor, call or txt Ricky on 07742107550

The dangers of using a phone while driving, look at his reaction time before he realised the traffic had stopped in front of him.
Look at the difference in wearing a seatbelt between the two of them.
If he had checked his rear view mirror while stopping, he might have been able to move his car to a better position to avoid the car coming up and hitting him from behind also.

Now if he wasn’t using his phone, had his seatbelt on and checked his rear view mirror when he seen the static traffic, all of this would have been avoided, why?
He would had been more alert, seen the traffic had stopped in front of him in plenty of time and after checking his rear view mirror, he would have been able to warn the approaching traffic from behind by, pressing his brake peddle earlier, thus his brake lights warning the traffic behind he was slowing down or stopping and/or put on his hazard warning lights to warn the traffic behind.

Learn me driving school teaches safe driving to everyone taking driving lessons in Paisley, Renfrewshire, Glasgow or elsewhere for that matter with us.

Now you can get on the road and not rely on anyone else mate.

Was a pleasure to taught you driving lessons in Paisley and see you pass with ease mate, well done again.